Hooray for Sesame Street!  That’s where I was today, sorta.  Here’s proof: 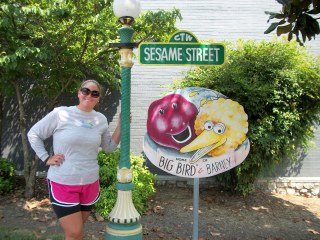 Told you!
I woke up super early today to make it to the Bible study at my work, then it was off to Knoxville to film for the Fit and Fun show with Missy Kane.  I get less and less camera shy each time we film.  After we taped for a future show, Missy and I walked next door to the Air1 radio station with Joy 620 to record some soundbites of fit tips for the radio. 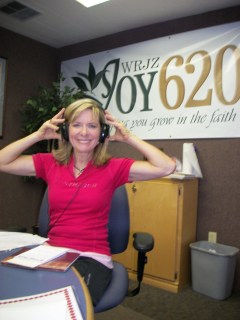 Missy has gotta make sure her headphones work.

A little pumped to be on air. 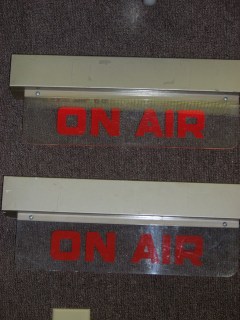 Not on air yet. 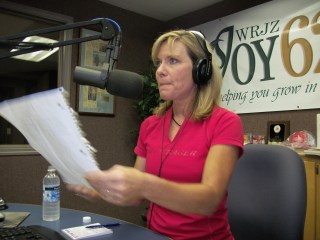 She had a cheat sheet, while I just got put on the spot.
﻿We even made the welcome board to celebrate me being there: 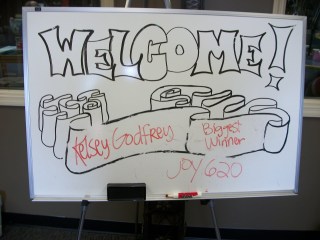 Holla.
Somehow Missy convinced me to go hiking/walking today at the local park, I.C. King.  We were the only people at the park, so it was very peaceful.  I had never been there before so I just followed Missy around, while sweating profusely.  We even encountered a fallen tree that we had to climb over.

Way to go, Missy.
﻿In other news, this week is VBS at my church.  I have 10 kids in the 3-4 year old class I teach.  They are a handful and keep me on my toes, but I love them so much and they are oh so fun to listen to.  I’ll be  lot less exhausted when the week is over, but until then, I love playing with them!  Tonight Ashley even joined me so I would have an extra pair of hands.

Hop on board our taxi.

Ashley took things too literal when I told her I would take her on  taxi ride.  She rode in the backseat of my car.
Actually, I’m totally lying.  The REAL reason she had to ride in the back is because of this: 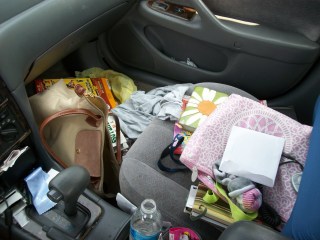