Four months ago when I won the Biggest Winner, part of my prize package was tickets to see Keith Urban in concert.  After a long few months, last night was the big night!!  Ashley and I spent the early part of the afternoon getting ready, grabbing dinner, and registering for a 5k.  How cool are we? 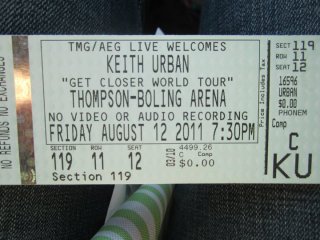 Notice the cost of the ticket.

I’ll be the first to admit that we aren’t huge Keith Urban fans and were scared that we wouldn’t know any of his songs.  But in turn, we actually knew almost all of them.  He put on a phenomenal show and had so much fun with the audience.  He had multiple people on stage and let them sing (awful) solos, then actually went wayyyyy up in the stands still playing his guitar and actually gave it to a random fan!  Too cool! 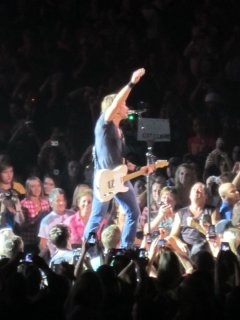 We were sooo close! 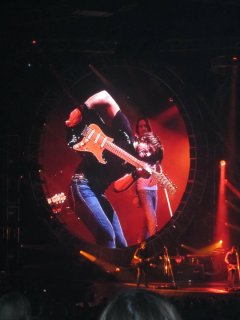 Keith Urban on the big screen! 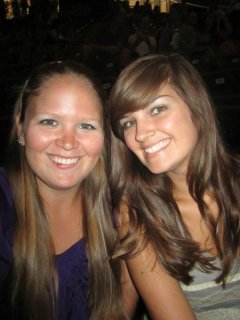 So pumped about our economical time out!
Are you a country music fan?  Seen any good concerts lately?  Tell me your favorite artists!