To celebrate the Martin Luther King Jr. holiday weekend, my friend Brittney and I decided to do a local race to raise awareness to combat racism.  I’ve done this race before and love how low key it is.  The day started off on the wrong foot when Brittney called to say she was at the race site but that no one was there.  There is no greater panic that goes through you when you think you may have missed a race or looked at a date or time wrong.  But we drove around for a bit and realized we had just gone to the wrong location.  Whew, no worries.

Packet pick up was a breeze.  I decided to register on the day of the event in case something was to come up and I would be out 15 bucks.  Only downside was no race shirt.  Such a bummer.  We ran into a few people we know from our community and chatted and just relaxed until the race start.  There was also some snow left on the ground, so we took turns writing white messages.  I was loving the laid back feel to what we were about to do. 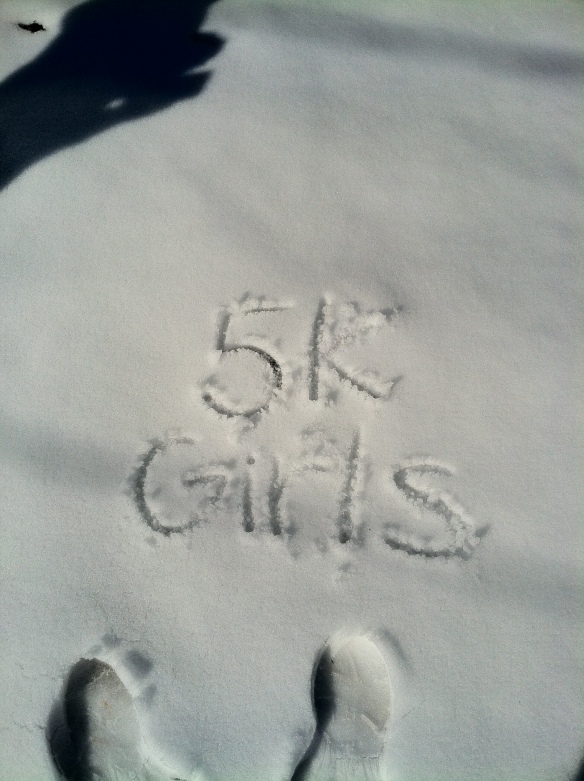 Before race day, I had stopped walking/running due to some knee and shin pain.  I didn’t want to cause an injury so I just let my body rest from my exercise streak and took time to let it work itself out.  My shins were slightly hurting on race day, but nothing to be incredibly worried about.  We lined up towards the back and decided that we would each run our own pace and not be concerned with staying together.  Running with someone is great, but I’m just as much of a fan as running my own race.  There were no pre-race announcements, no national anthem, and no gun shot.  People just started running.  Weird, but at least there were no jitters.

We were off and up the hill that we started on.  Brittney and I ran together for maybe half a mile then I let her go on and do her thing.  I would definitely classify this course as hilly and the hills brought me to a walk more often than not.  I tried to keep a consistent running effort and took walk breaks when I needed to.  The entire time after Brittney left me I could see her in the distance so maintaining contact on a point to point course helped me run more than I walked.  On almost every corner there were mobs (like groups of 30) people standing with signs and noisemakers and were doing anything they could to get us motivated.  Some folks made arches for us to run through with their hands, others offered high fives.  Greatest crowd support I’ve ever witnessed at a race, let alone a 5k.

As I began the third mile, I just decided to put my best foot forward and make it up the last big hill.  It was brutal and long.  But once I got to the top, my Garmin clocked me at about 2.5 miles so I made the goal of running the rest of the way to the finish line.  And that I did.  Although my finish time isn’t anywhere near my current PR, I knocked about 1:30 off my 5k time from NYD and that was on a flat and fast course.  Overall I was happy with the effort of the day.  We could have been lying in bed like everyone else who had the holiday off. 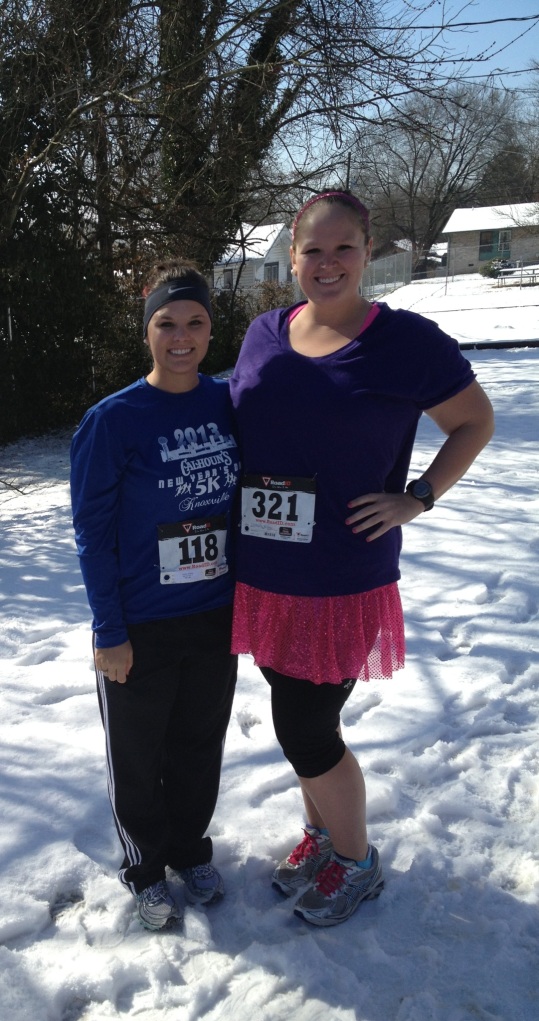