If you read the race recap of the same race from last year then you’ll know that I was not a fan.  But when some of the Biggest Winner team signed up for the race this year, I decided to do it with my Momma and not even worry about time.  She used to be the queen of walking 5ks, but after training with BW team, we were hoping to get some shuffling out of her for this race.

The race was basically the exact same as last year.  It was held at our local zoo and there were a million kids there to run to support their schools.  We found some of our team members and hung out until the start of the race.  We dressed for warmth but luckily it wasn’t freezing cold like last year.  My friend Laura who is in my graduate class even came up and found me which was awesome because it totally surprised me.  We snapped some photos and then the race started. 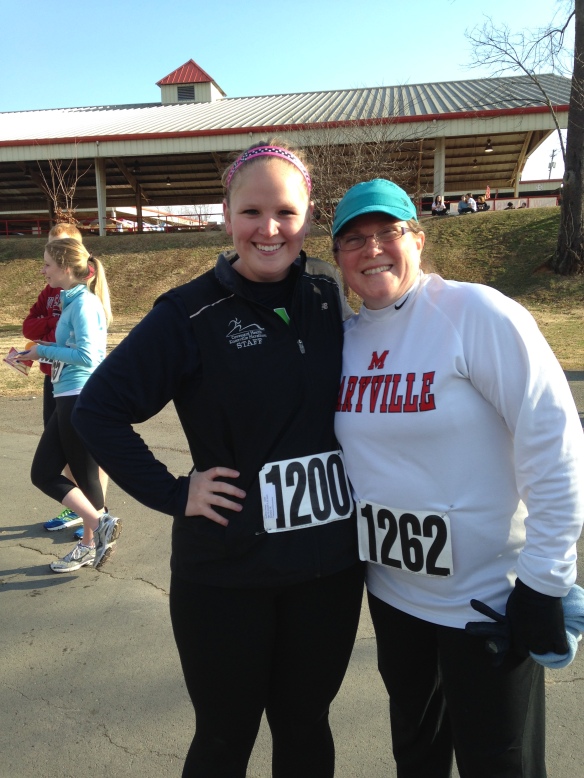 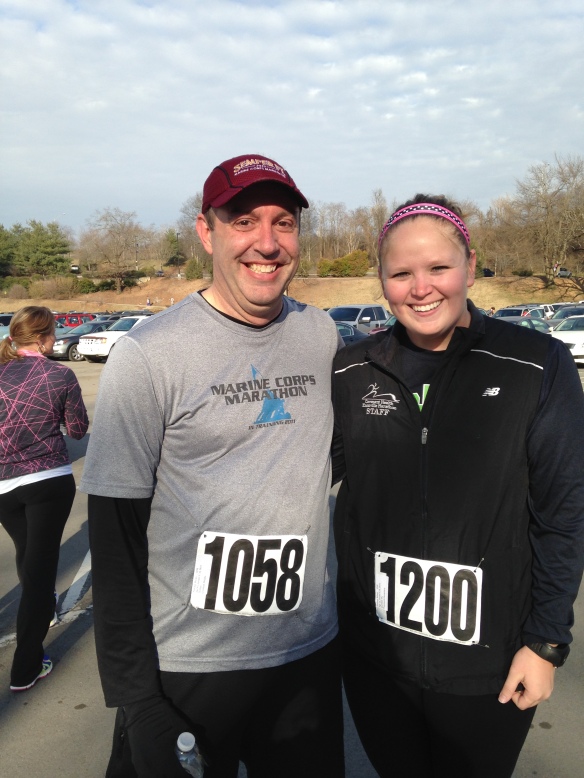 Momma shuffled the first little bit and did super great.  We tried to maintain a solid walking pace and shuffle on the downhills when we could.  There were kids everywhere so it was a good source of entertainment.  Just like last  year, there were a lot of very steep hills but we pressed up them and even passed quite a few people.  I’m telling  y’all…my Momma is the queen of power walking.

Originally the goal had been to try to get a sub 40 5k for my Momma but the main goal was to simply have fun and enjoy being active.  As we neared the finish line, we were right on schedule with our goal except there was a small problem…the course was short, which we later found out was a consistent problem with everyone.  Hey, that’s alright because it was for a good cause and we weren’t out there to crush any sort of PRs.  I will say that I’m so proud of my Mom who basically did a dead sprint to the finish line and I could hardly keep up.  We crossed the finish line with a chip time of 40:10 which is phenomenal even if the course was about a tenth short.  I was so very proud of Momma for running hard to the end and finishing with such a strong time.  We spent the rest of the time cheering people in and chatting about the race and future goals. 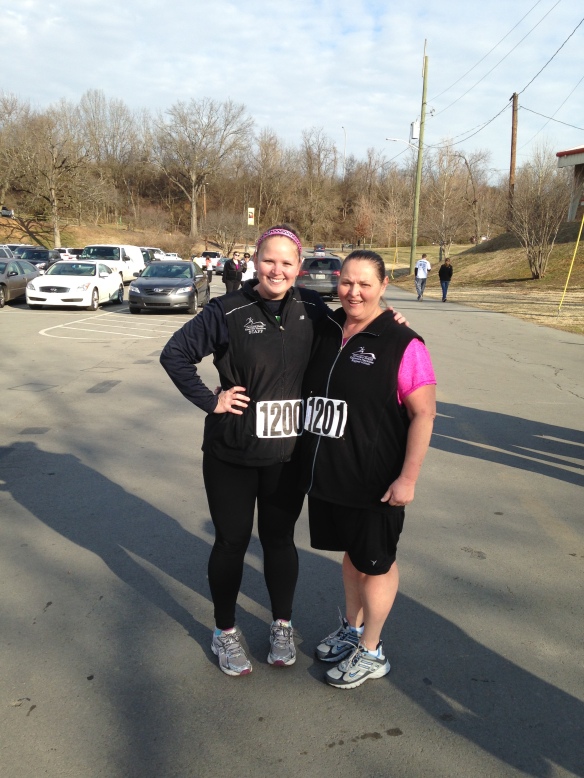 It is amazing how different a race experience can be when you’re out there just to have fun.  I look back on last year’s race and almost laugh because I finished this year faster than last even though I put so much effort into the 2013 race.  After the race I compared this year’s race picture to last year’s and the difference was crazy.  Sure, I haven’t lost an astronomical amount of weight but you can tell a huge difference in my general size from last year to this year.  I’m so glad I got to do this race with my Momma and watch her cross the finish line.  Next up…Covenant Health Knoxville Half Marathon! 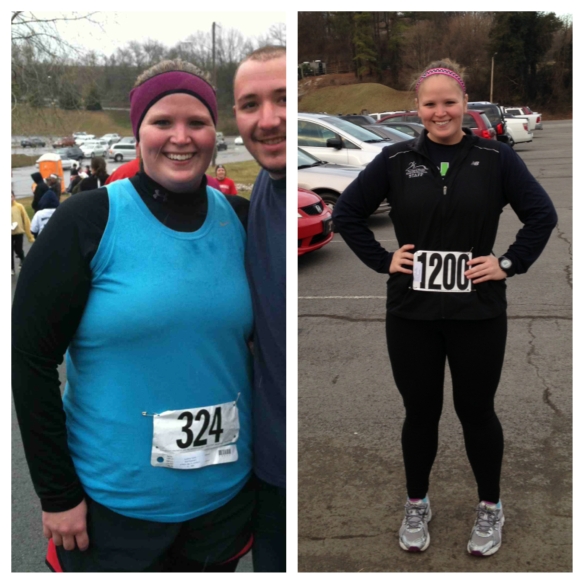